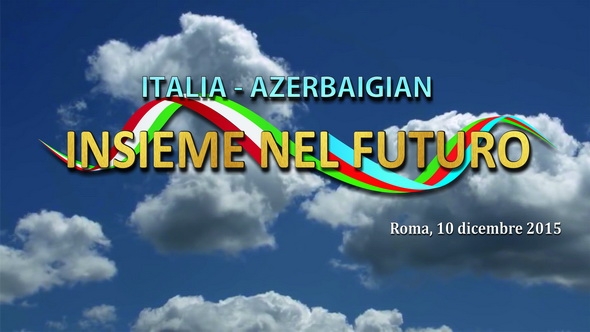 Rome December 10, 2015. The Management of Italian Caspian Business Consulting received from the Ambassador Vaqif Sadiqov a prestigious award for the contribution given to promote the economic relations between

Italy and Azerbaijan.
The Embassy of the Republic of Azerbaijan in Rome selected those who have contributed in 2015 to the promotion of Azerbaijan in Italy and brought Italian excellences to Azerbaijan among representatives of the civil society and professionals of culture, research, media and economy sectors.
The event is the second edition of “Italia – Azerbaigian Insieme nel Futuro”. This initiative took place for the first time on December 2014 as a strategic forum of dialogue among all persons and professionals operating with Azerbaijan, and some 300 participants who have Azerbaijan as a major focus of their activities have attended this year.
Ambassador Sadiqov announced the major results achieved in 2015 and the important evolutions of bilateral relations in the fields of politics, culture and economy as well as his main experiences during his 5-years mandate in Italy.
The 2015 Edition of the event has been attended by many representatives of the political, cultural and economic sectors

who have shown their great interest and feeling of warm friendship.